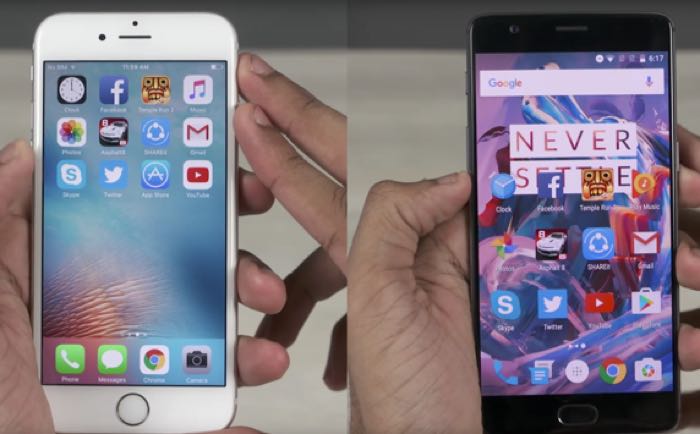 Last week we saw a video of the new OnePlus 3 up against the Samsung Galaxy S7 and now it is time for the OnePlus 3 vs iPhone 6S.

The OnePlus 3 comes with 6GB of RAM so in theory it should be faster than the iPhone 6S, have a look at the video below.

As we can see from the video the iPhone 6S is the faster of the two handsets, the Galaxy S7 was also faster than the OnePlus 3.

We heard previously that the OnePlus 3 doesn’t keep the apps loaded in the memory and they have to be reloaded each time, which makes the handset slower than the other devices tested.

Since the video was released, there has been an update to the OnePlus 3 which has made it slightly faster than before, but it is still not as fast as the Galaxy S7 or iPhone 6S.