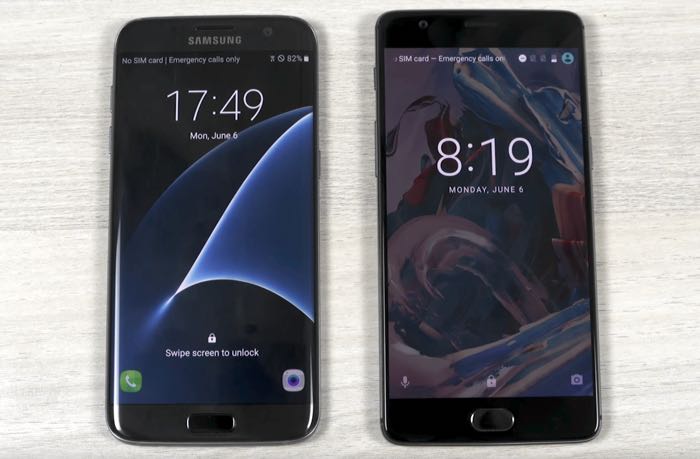 The new OnePlus 3 smartphone was announced recently, the handset comes with some impressive specifications.

The OnePlus 3 is equipped with a Qualcomm Snapdragon 820 processor and it also comes with 6GB of RAM, there is also 64GB of built in storage and it features a 5.5 inch display with a Full HD resolution of 2560 x 1440 pixels

In the video below we see the new OnePlus 3 go head to head with Samsung’s top flagship, the Samsung Galaxy S7 Edge.Two two handsets are tested side by side for speed to see which ones is the fastest.

It appears that the Galaxy S7 Edge is slightly faster than the new OnePlus smartphone, this is because the device needs to reload some apps every time they are used and probably due to memory management features.

The device has 6GB of RAM and the S7 Edge has 6GB of RAM, so you would expect the OnePlus to come out on top. It is possible that the team behind the OnePlus could release a software update some time in the future to take full advantage of the 6GB of RAM in tests like these.