Olympus has today announced the launch of its new Olympus SZ-31MR iHS camera, which is equipped with a 24 x Wide-Angle Optical Zoom Lens, 25-600 mm zoom equivalent in 35-mm format, and 16 megapixel sensor. Which allows it to simultaneously capture 1080p HD Video and 16-Megapixel still images without missing a frame.

Olympus’s new iHS technology has been designed to provide consistently sharp and vivid images in any situation. iHS reduces picture noise and enhances resolution and colour gradation despite fast-moving subjects, night scenes and other tricky to capture shots. 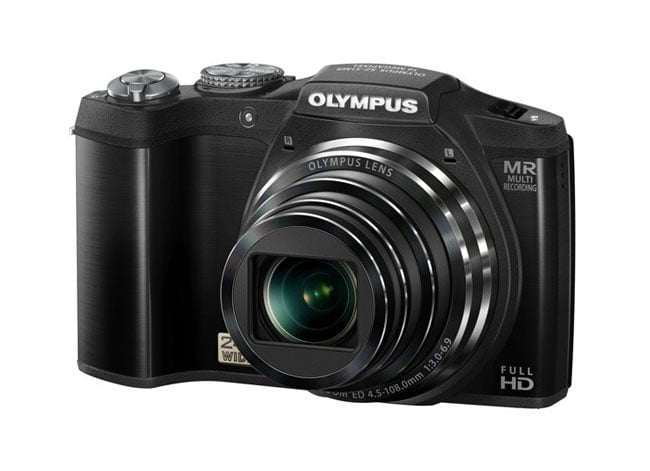 On the rear the Olympus SZ-31MR iHS is equipped with a touch screen LCD panel, and the camera is fitted with a High-Speed Sequential Shooting feature that enables 10 frames-per-second to be captured, together with high-speed autofocus. Olympus explains more about its iHS technology:

The Olympus SZ-31MR also comes with a selection of twelve power filters enabling you to add creativity to your shots. The Olympus SZ-31MR will be arriving in stores during late April 2012 in either black or silver finishes and will be priced at around $400.