As we mentioned previously, the Star Wars Xbox 360 is designed to look like everyone’s favourite Astromech Droid, and the guys over at Gizmodo have got some exclusive photos of the new Star Wars R2-D2 Xbox 360. 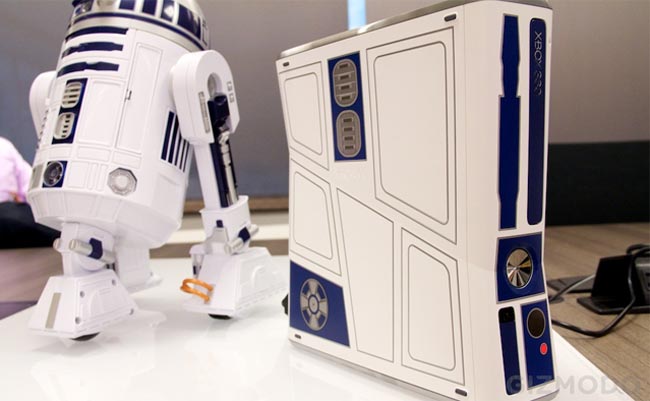 As you can see from the photos, the Xbox 360 is designed to look like R2-D2, and the controllers have been designed with C-3PO in mind and have a gold color.

Head on over to Gizmodo for lots more photos of this awesome Star Wars themed Xbox 360, we suspect this is going to be extremely popular with both Star Wars and Xbox fans.