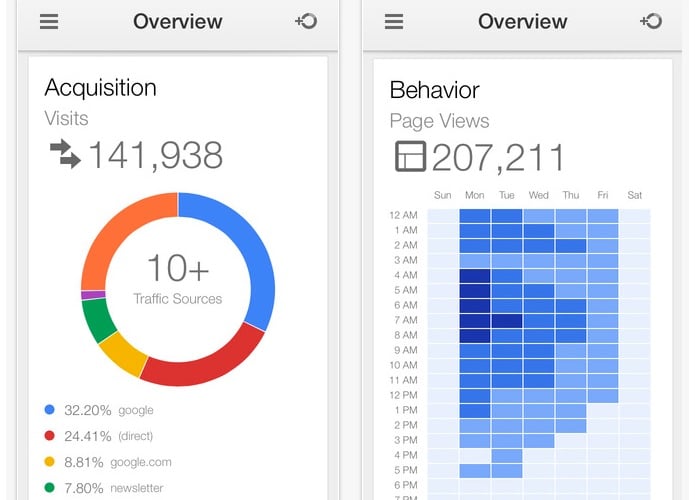 Webmaster and website owners wanting to keep up to date on the traffic visiting their websites, might be please to now that Google has finally launched an official Google Analytics iOS app this week.

As well as monitor recent changes with Real Time reports, direct from their iPhone or iPad tablet with clear access to all your Analytics data anytime, anywhere.

The new Analytics iOS App requires that devices are installed with iOS 6.0 and higher to be able to use the functionality provided by the app. For more information on the new Google Analytics iOS App jump over to the Apple iTunes app store to download and details.