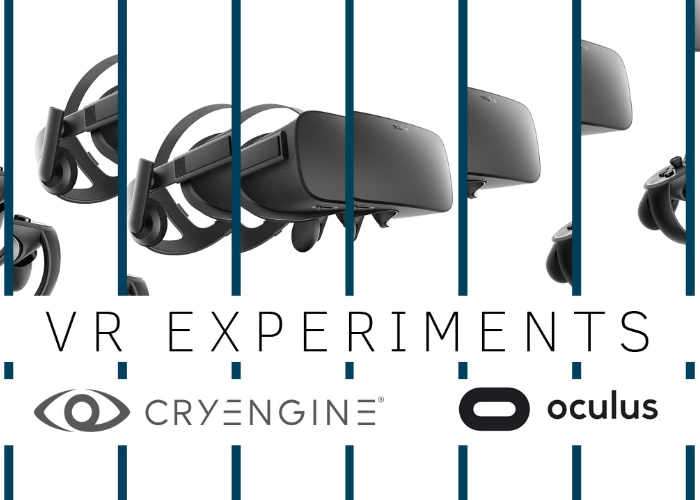 Oculus and Crytek have this week announced a partnership to investigate and research virtual reality movement and provide help to developers to aid navigation in their upcoming projects.

The series of experiments created by Crytek will be released in a number of instalments with the first being made available this week and posted by Julius Carter, Game Designer at Crytek. Check out the video below to learn more.

Researching ways to move around in VR isn’t new. When you’re in this creative sphere, you have plenty of people who are very smart looking at movement and how to eliminate sickness, not just in game development. This has laid some useful ground rules for developers. We know that acceleration in a VR environment can make users uncomfortable. We know that objects in very close proximity during movement can induce discomfort, and so on.

We’ve seen plenty of examples of how developers have gone about testing movement. Often, however, they take place in white-box, playground environments. This makes sense for rapid testing, which is crucial, especially on commercial projects. However, it’s not necessarily true that you are going to have the same reactions in a playground as you would do in something that more closely resembles a polished video game level. And of course, when you see advice on best practice, whether shown alongside testing environments or not, you don’t necessarily know how they tried certain movements, what techniques they used, in what context, and so on. We wanted to develop a suite of comprehensive methodologies in an environment that would resemble the kind of spaces we set games in.