If like me you are patiently waiting for the launch of the new Oculus Rift virtual gaming headset to launch as a consumer gaming device. You might be interested to know that Oculus the company currently developing the Oculus Rift headset has unveiled their latest prototype at this years CES 2014 Consumer Electronics Show in Las Vegas.

The latest Oculus Rift prototype is equipped with and OLED screen and is fitted with an external camera together with positional markers on the headset to be able to track a user’s depth-wise position and remove the troublesome motion blur.

“Oculus VR Director of Dev Relations Aaron Davies has us pause so that he can toggle one of Crystal Cove’s newest features: “low persistence.” We turn from left to right, unable to read the blurred text in front of us. He flips a switch, and voila: no motion blur. Well, very little. It’s a far cry from the first Kickstarter dev kit we used many moons ago and, despite the importance of positional tracking, makes a tremendous impact on the usability of the Rift.”

Unfortunately no information on pricing or worldwide availability has been released as yet however it might if we are lucky be available to consumers later this year, but as soon as information comes to light we will keep you updated as always. 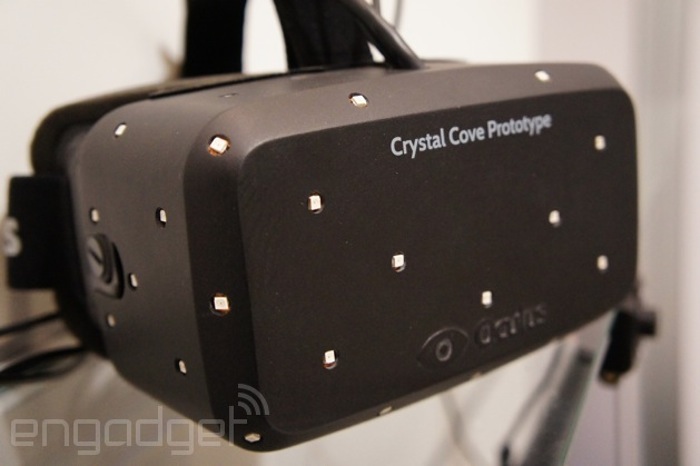