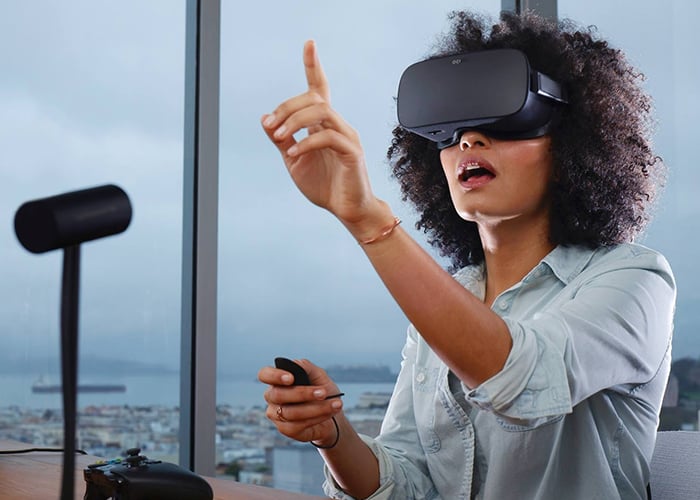 Oculus has detailed a number of new features such as Oculus Avatars, Oculus First Contact, and Asynchronous Spacewarp which allow the Oculus hardware to be used with lower end machines.

Asynchronous Spacewarp (ASW) is a new technique that Oculus has developed which extrapolates frames and lets VR titles run at up to half rate, while delivering a visual experience that’s almost as good as native 90hz rendering. Offering a frame-rate smoothing technique that almost halves the processing and graphics creation time required to produce nearly the same output from the same content on less powerful PC systems. Oculus explains a little more about the new technology they have developed.

ASW generates extrapolated frames from previous frames generated by the VR application. On the surface, this sounds quite a bit like ATW, which is capable of extrapolating for only a single thing: the user’s head rotation. While this covers many of the hitches, it’s not a magic bullet. ASW works in tandem with ATW to cover all visual motion within the virtual reality experience. This includes character movement, camera movement, Touch controller movement, and the player’s own positional movement. If the application falls behind the display’s frame rate, the experience typically remains smooth and enjoyable.

An example of this extrapolation is shown below. We have a scene in which a held gun which is moving from right to left in frames 0 and 1 (generated 1/45th of a second apart), and we want to generate an extrapolated frame from that movement (1/90th of a second after frame 1). We detect the movement of the gun and generate a new frame which we display on behalf the application.

When it comes to virtual reality, ATW and ASW are siblings and complement each other. Timewarp is great for accommodating head rotation. In fact, it’s perfect for static images at a distance. For applications like 360 videos and features on the horizon, Spacewarp is unnecessary. Conversely, Spacewarp is pretty good for animated objects up close but not so great at tracking head rotation.

For more information on the new Asynchronous Spacewarp jump over to the Oculus website for details by following the link below.