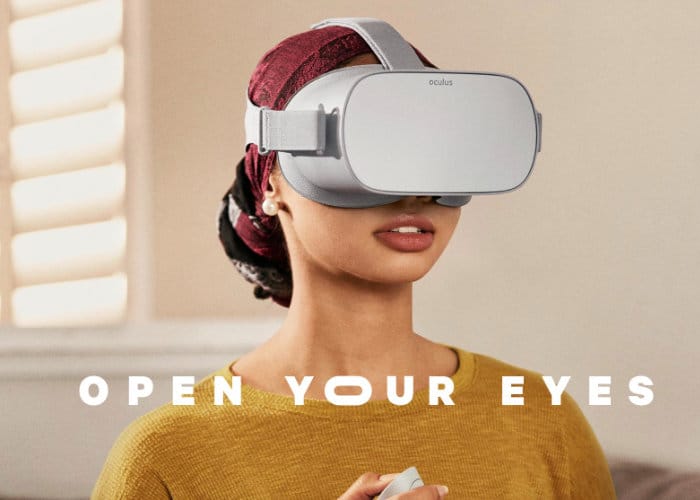 If you are considering purchasing the new Oculus Go stand-alone VR headset which is now available to purchase priced at $199 and was this week unveiled during Facebook’s F8 developer conference by CEO Mark Zuckerberg. You may be interested to know that Facebook has included a rubber gasket spacer, designed to be inserted behind the headset’s facial foam, increasing the lens-to-eye distance and making room for glasses.

As well as detachable plastic brackets which Oculus says are designed to allow perception lenses add-ons to be attached. Unfortunately though Facebook has not yet announced much information on prescription lens manufacturing partners but apparently they will soon be listed on the official Oculus website via the link below and head to the FAQ section. The Road too VR website explains :

“According to the Oculus Go startup guide, the following sizes of glasses will fit into the headset: Width: 142mm or less, Height: 50mm or less. You can also now buy Oculus Go prescription lenses from FramesDirect for $80 which are available in 1.60 Hi Index Essilor lenses with anti-reflective coating”.

For more information on the new Oculus Go stand-alone headset which requires no mobile phone or cable connection to a high-powered PC. Jump over to the official Oculus Go website by following the link below. Facebook explains that the Go has been designed to offer users the ability to, “easily enter virtual reality with no PC or wires attached.1 Oculus Go is a standalone VR headset made to fit you. Designed with breathable fabrics, adjustable straps and our best lenses yet.”