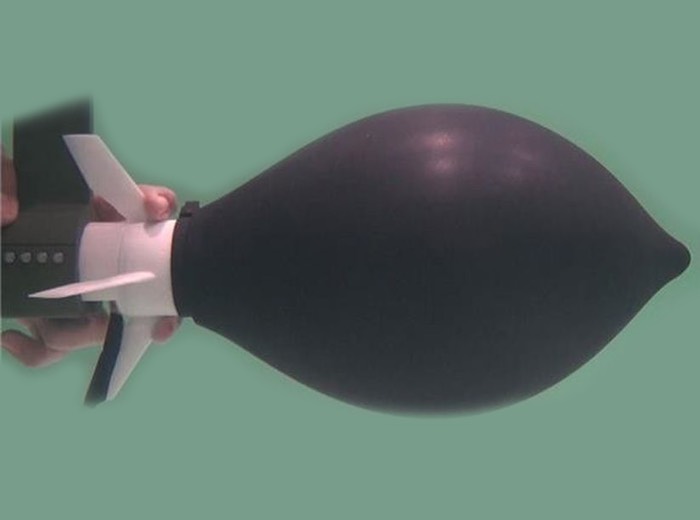 Researchers and scientists at the University of Southampton in the UK, Massachusetts Institute of Technology (MIT) and the Singapore-MIT Alliance for Research and Technology, have developed an octopus inspired underwater robot that is equipped with an ultrafast propulsion system.

The deformable octopus style robot has been created using a 3D printed skeleton with no moving parts and no energy storage device other than a thin elastic outer hull, which it uses to suck in water and then expel it to create forward momentum. The research team explains :

“The 30cm long self-propelling robot is inflated with water and then rapidly deflates by shooting the water out through its base to power its outstanding propulsion and acceleration, despite starting from a non-streamlined shape. As the rocket contracts, it can achieve more than 2.6 times the thrust of a rigid rocket doing the same manoeuvre.

It works like blowing up a balloon and then releasing it to fly around the room. However, the 3D printed polycarbonate skeleton inside keeps the balloon tight and the final shape streamlined, while fins on the back keep it going straight.

The robot is capable of accelerating up to ten body lengths in less than a second. In recent laboratory tests, the robot accelerated a one kilogram payload up to 6mph in less than a second. This is comparable to a mini-cooper carrying an additional 350kg of weight (bringing the total weight of the car to 1,000kg) accelerating from a standstill to 60mph in one second – underwater.”

For more information on the new octopus inspired underwater robot jump over to the University of Southampton website for details.