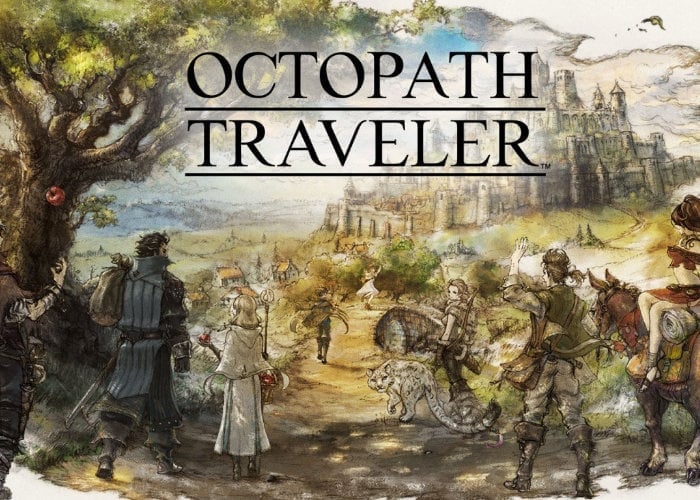 Following on from previously leaked information revealing that an Octopath Traveller PC game was going to be launched this year. Square Enix has today confirmed the Octopath Traveller PC game will be available via Steam and the Square Enix digital store from June 7th, 2019 onwards. Those of you unfamiliar with Octopath Traveller the game was originally launched on the Nintendo Switch back in 2018 and offers a single player role-playing game created by Division 11. Check out the official trailer embedded below to learn more about what you can expect from the award-winning RPG coming to PC system in June 2019.

“Set in the land of Orsterra, the Order of the Sacred Flame believed their world was created by thirteen deities before twelve were forced to seal the fallen god Galdera, who refused to relinquish what they created, within the afterworld that can be accessed through the sealed Gate of Finis.”

Features of the Octopath Traveller PC RPG game include :

– Eight travelers. Eight adventures. Eight roles to play. Embark on an epic journey across the vast and wondrous world of Orsterra and discover the captivating stories of each of the eight travelers.
– Play as eight different characters, each with their own stories to uncover and side quests to complete
– Explore the enchanting yet perilous world of Orsterra, spanning 8 vast regions and discover each character’s full story as their journey unfolds
– Use each character’s distinctive abilities (Path Actions), skills and talents in frenetic battles
– Enjoy the accessible yet deep turn-based combat battle system and break through enemy lines by identifying and targeting their weaknesses
– Solve side quests and story scenarios in a few different ways and take decisions that shape your path
– Experience visuals inspired by retro 2D RPGs with beautiful realistic elements set in a 3D world