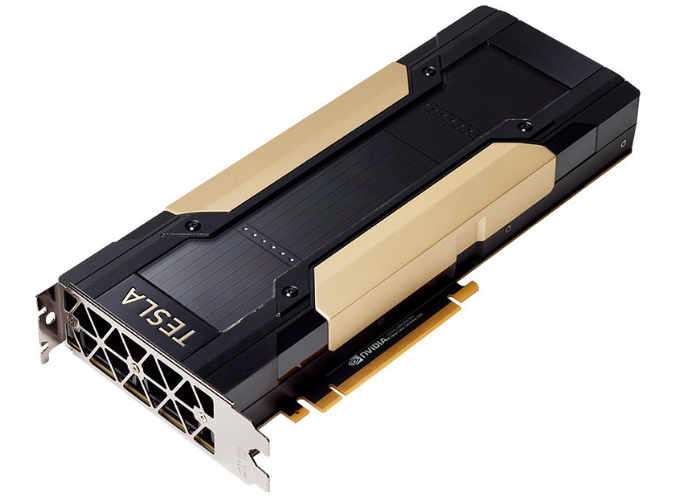 This week NVIDIA has formally announced the PCI-Express add-on card version of its flagship Tesla V100 HPC accelerator, based on its next-generation “Volta” GPU architecture.

The new NVIDIA Tesla V100 PCI-Express HPC Accelerator is based on the advanced 12 nm “GV100” silicon, the GPU is a multi-chip module with a silicon substrate and four HBM2 memory stacks.

Other features of the Tesla V100 PCI-Express HPC Accelerator include a total of 5,120 CUDA cores, 640 Tensor cores that are specialised CUDA cores which accelerate neural-net building, says NVIDIA. The Tesla V100 offers GPU clock speeds of around 1370 MHz, and a 4096-bit wide HBM2 memory interface, with 900 GB/s memory bandwidth, while the 815 mm² GPU has a massive transistor-count of 21 billion.

NVIDIA is currently in the process of taking orders from institutions and is expected to make the Tesla V100 PCI-Express HPC Accelerator available sometime later this year. HPE It is also creating three HPC rigs with the cards pre-installed, explains the Tech Power Up website. : TPU