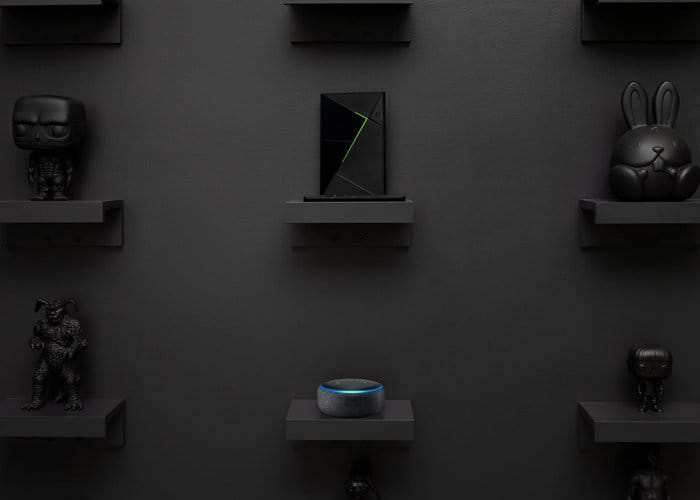 NVIDIA has today announced that its Shield TV hardware has received a new Alexa Skill in the US enabling hands-free control of Shield TV with your Amazon Echo devices. The NVIDIA Shield TV now supports voice control from both Amazon Echo and Google Home devices.

Another feature supported by Amazon and the NVIDIA Shield TV is Dolby Atmos passthrough support for Prime Video. Allowing users to enjoy “jaw-dropping” 4K HDR visuals together with breathtaking spatial audio to match certain content on the Amazon Prime service including the recently launched new Tom Clancy’s Jack Ryan TV series. To set up your NVIDIA Shield TV with the Amazon Alexa Skill follow the instructions below created by NVIDIA :

– Start the process by pairing an Echo to your SHIELD from within the Amazon Alexa app. This is the app you downloaded on your mobile device from Google Play or the App Store during Echo’s initial setup.
– First, you’ll need to enable the skill. Open the Alexa app, click the menu button and select “Skills & Games,” then search for “NVIDIA SHIELD TV.” Select the skill and press “Enable.”
– After accepting the terms, continue the linking process in the Alexa app by connecting your NVIDIA account. You’ll need to be logged into the same NVIDIA account on your SHIELD before completing this step.
– The final steps in the app are to select the SHIELD and Echo devices you’d like to connect. Once finished, you’re successfully linked and can now control SHIELD with your Echo.

For more information on the new NVIDIA Shield TV Alexa Skill jump over to the official Shield blog by following the link below.