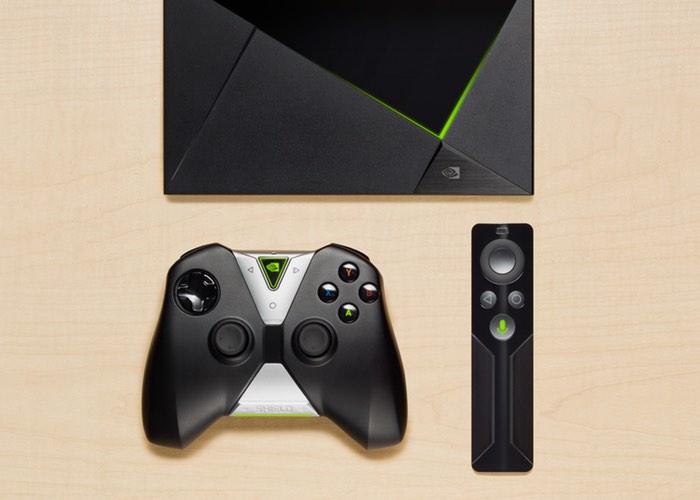 As expected Nvidia has this week launched its new Nvidia Shield TV hardware both in the UK and Europe with prices starting from just £150 for the 16GB version rising to £230 for the 500 GB Shield Pro version.

Nvidia Shield TV hardware come supplied with the Shield controller and there are optional Shield Remote and Shield Stand accessories available to purchase priced at £40 and £25 respectively.

The advanced NVIDIA Tegra X1 processor delivers up to 25 times the performance of popular streaming devices5. Plus, with 16 GB of storage, a MicroSD slot, and USB 3.0 ports for expandable storage, you now have the speed, power, and storage to rule the living room the way you want.

Transform your TV experience with NVIDIA SHIELD. The hottest movies and shows in brilliant 4K.Your favorite songs at the touch of a button. And a new generation of great games. Let Google’s advanced voice commands do the work for you. Get personalized recommendations. Even cast a show or pictures to your TV from your PC, Android, or iOS device with built-in Google Cast.

Watch in 4K Ultra HD from apps like Netflix, YouTube, KODI (XBMC), and PLEX. Enjoy 10-bit color and rich Dolby 7.1 surround sound3. And plug your headphones into your SHIELD controller or remote4 for private listening.

The launch follows on from the announcement of the new Geforce Now ‘Netflix for Games’ service that has now lunched allowing subscribers to enjoy a launch library catalogue of 60 games which they can stream directly to their Nvidia hardware.

The Nvidia GeForce Now service is now live in the US, Europe and Eastern Europe as well as Western Russia, Japan and South Korea. GeForce Now has been created to enable subscribers to enjoy streaming PC games at up to 1080p resolution and up to 60 fps.