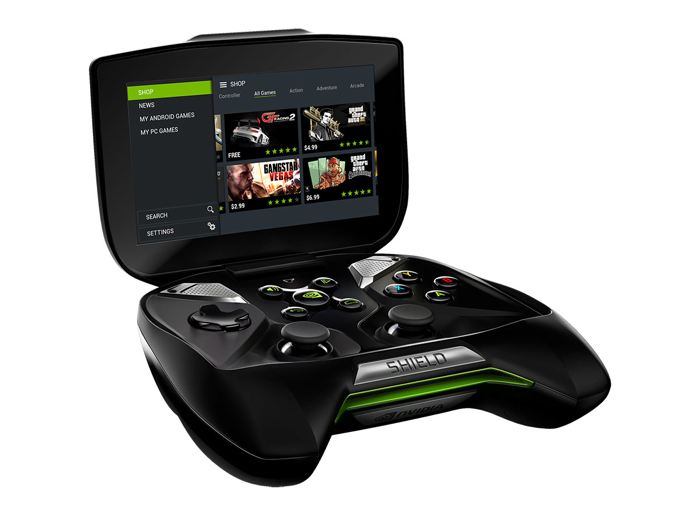 Earlier this month Nvidia unveiled its plans to launch its first Nvidia Shield video games console that will connect directly to your large screen TV and provide competition to the already existing and hugely popular PlayStation and Xbox consoles.

The new Nvidia Shield Games console might not be the only hardware being launched by the company later this year, as details have been discovered for a new next-generation Nvidia Shield handheld games console.

Listings for the as yet unannounced next generation device have been found on both the Bluetooth and Wi-Fi certification websites and reference the new handheld as the Nvidia Shield Portable P2523.

As the new portable handheld hardware has not been officially announced by Nvidia has yet very little is known about its specifications and even less about its price or when it will be available to purchase.

However what is known is that the hardware will be equipped with 802.11a/b/g/n/ac dual-band 2.4 GHz and 5 GHz WiFi, Bluetooth 4.1, Firmware version 3.10.61 and the next-generation handheld console will be supplied running Google’s Android 500 operating system.

As more information is leaked, rumoured or officially announced we will keep you updated as always.