NVIDIA has today announced the launch of a new Quadro K5000 for Mac systems, which includes a number of great creatures and enhancements for designers and digital content creators.

The NVIDIA Quadro K5000 is the most powerful professional GPU ever created for Mac systems and will dramatically accelerate the power of Apple’s Mac Pro machines. 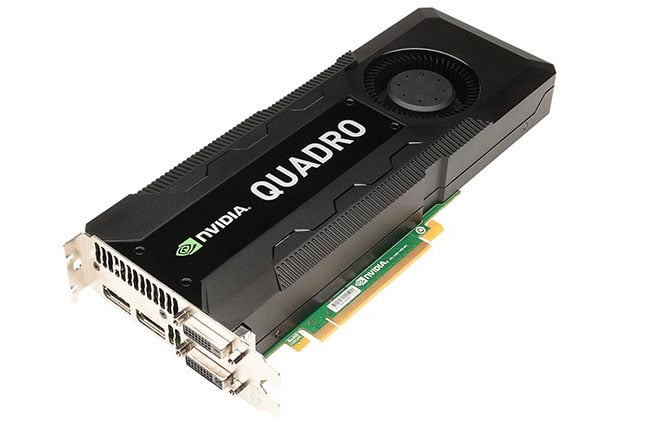 With features such as support for 4K display 4096 x 2160 resolution, a new display engine that can drive up to four displays simultaneously, with 2 x DVI-DL and 2 x DisplayPort 1.2 connectors, and 4GB graphics memory.

As the new card is based on the NVIDIA Kepler architecture, the Quadro K5000 GPU is able to run key applications up to twice as fast, at a lower power consumption than the Fermi-based Quadro 4000. Greg Estes, media & entertainment industry executive at NVIDIA explained:

“Quadro K5000 for Mac will have a transformational impact on the digital content creation workflow,”-“We’re giving Mac Pro users the most powerful professional GPU ever for the Mac, with features and performance that will make a substantial difference in their workflows and allow them to create digital content at speeds never before possible.”