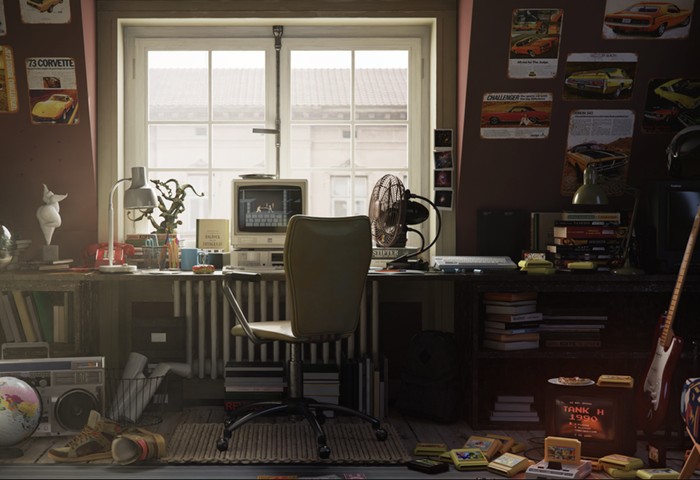 NVIDIA has this week announced a new Omniverse design competition in which you need to create a retro scene of your gaming space from the past with a chance to win an NVIDIA RTX A6000, GeForce RTX 3090, and GeForce RTX 3080 GPU, for the top three entries respectively.

To take part in the competition creators must use the NVIDIA Omniverse suite to design the 3D space in a retro style from the 80s, 90s, or 2000s. To help you with your creation NVIDIA and TurboSquid have joined forces to provide pre-made assets of retro consoles for you to use in your settings. Participants can use a maximum of three assets from TurboSquid to build and design their space but you can also re-texture the assets, or even model the classic consoles or PCs from scratch explains NVIDIA.

“For this contest, we are asking creators to build and design their gaming space from the past—whether it’s a living room, bedroom, college dorm, or another area. The final submission can be big or small. Meaning you can create an entire room, or assemble a detailed close-up of a floor or desk from a space that inspired your passion for gaming or computer graphics.”

For more information on the NVIDIA Omniverse design contest jump over to the official NVIDIA developer blog by following the link below.