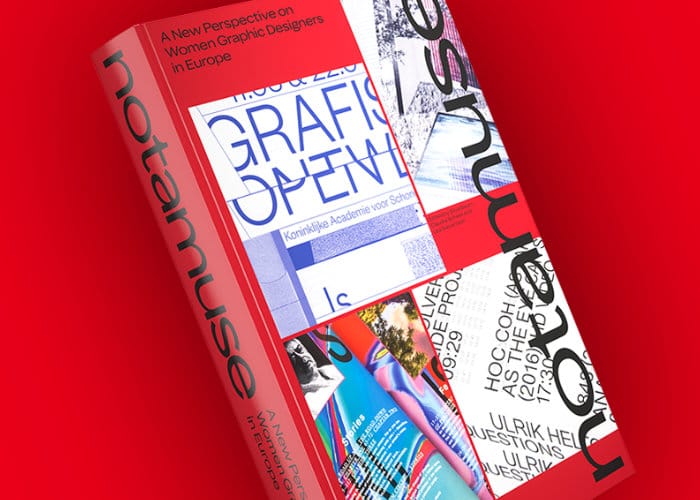 A new Kickstarter campaign has been launched by notamuse for the new book promoted as a “New Perspective on Women Graphic Designers in Europe: showcasing the work of more than 50 women graphic designers in Europe”. Check out the promotional video below to learn more about the project and the book.

Hard facts about the book include :

“Driven by the lack of female role models in graphic design, notamuse is a project that critically investigates the visibility of women graphic designers in the design public. While there are many women working in the field, the public discourse as we encounter it on conferences and blogs, in design books and design history, is still dominated by men. With notamuse we try to find reasons for this phenomenon by interviewing women designers, design historians and sociologists. More than that we keep our eyes open for outstanding contemporary women graphic designers. As a result we created the book notamuse – A New Perspective on Women Graphic Designers in Europe.”

Pledges are now available from £31, €35 or CHF 40, jump over to the official Kickstarter crowdfunding campaign page by following the link below.