Last month, the Finnish Maker announced Nokia Lumia 525, the successor to the best-selling Windows Phone 8 device. Recently, Nokia Singapore has announced that Lumia 525 is available for sale in stores in Singapore for S$249 (almost $200). Nokia Lumia 525 is available in glossy orange, white, yellow and matte black with swappable back covers to customize the appearance of the handset. 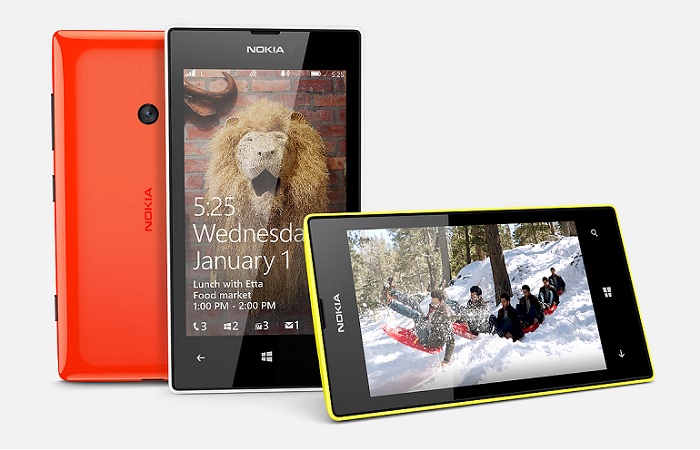 The handset comes with a similar appearance and specifications as its predecessors, but with the RAM bumped to 1GB compared to 512MB in Nokia Lumia 520, so it can run more compatible games and apps. Apart from that, Nokia Lumia 525 packs a 4.0 IPS LCD display sporting a resolution of 480 x 800 pixels,  a dual-core Snapdragon S4 Pro processor clocked at 1GHz and 8GB of internal storage with a microSD card slot of up to 64GB and free 7GB of SkyDrive storage.

Other specifications include 5MP camera with f/2.4 aperture for photos and videos, 1,430 mAh battery capable of giving a talk time of up to 10 hours on 3G, Bluetooth, WiFi, and runs Windows Phone 8 with Lumia Black pre-installed out of the box.

There’s no word on when it will launch in other regions, but it is expected to hit the shelves in Asia-Pacific, Africa and Middle East very soon. We’ll update you as soon as we have more information about the launch of Nokia Lumia 525 in other global markets.