Nokia Lumia 525 has seen its fair share of rumors in the past few weeks. The handset was spotted on the Chinese FCC and was leaked by the notorious Twitter leaker @evleaks, as well. Now, the folks at Nokia finally decided to put an end to the rumors and unveiled the successor of the most popular Windows Phone 8 handset — Nokia Lumia 525. Nokia Lumia 525 looks identical to its predecessor in terms of design and comes in four colours: black, white, orange and yellow with swappable covers. 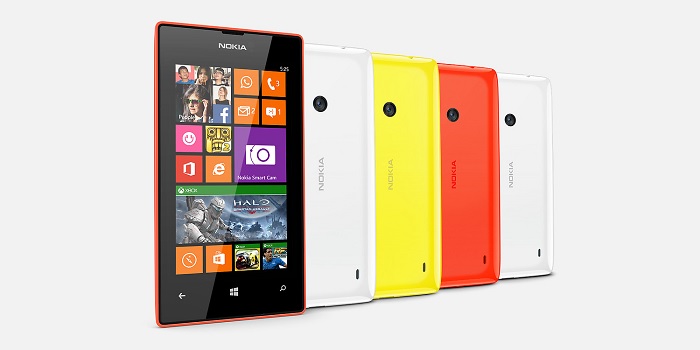 The company didn’t make many changes under the hood, and the new Nokia Lumia 525 comes with almost the same specifications as its predecessor. It packs a 4-inch WVGA display sporting a resolution of 800 x 480 pixels with 235 ppi pixel density. Under the hood, the handset is powered by a dual-core Snapdragon S4 processor with a clock speed of 1GHz.

The only major difference when compared to its predecessor is the amount of system memory. Nokia Lumia 520 came with 512MB RAM while it’s successor features 1GB RAM, as rumored before. Other features include 8GB internal storage with an option to expand the memory via microSD card of up to 64GB and free 7GB SkyDrive storage, 1,430 mAh battery capable of giving a talk time of up to 10 hours on 3G, Bluetooth 4.0, WiFI, 3.5mm audio jack and comes with GSM 850 MHz, 900 MHz, 1800 MHz, 1900 MHz support. In terms of OS, the handset runs Windows Phone 8 with Lumia Black. 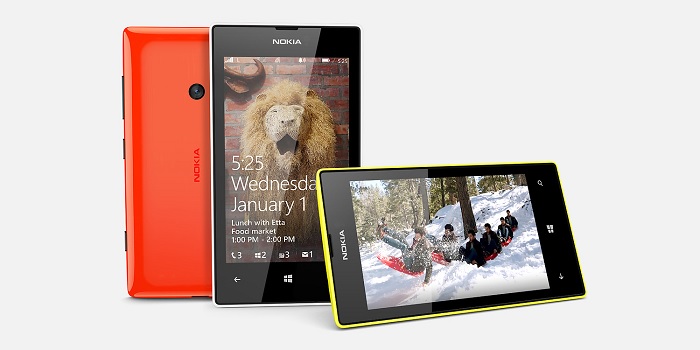 Nokia Lumia 525 appears to be a minor upgrade from Nokia Lumia 520, and brings a memory boost to run most of the Lumia applications. There are no details on the product page about the launch of the handset, but it do lists a handful of countries from Asia Pacific, Africa and Middle East. The specific country sites don’t list an exact launch date nor its pricing. We’ll update you as soon as we have more information about its launch in other parts of the world and its price.