There are plenty of companies in the gadget world that are well known for making some very strange gear. Hamamcher Schlemmer is one of those companies. The latest product that Hammacher has announced isn’t strange, rather it’s quite common. It’s a tablet with an interesting feature called The No Glasses 3D Tablet. 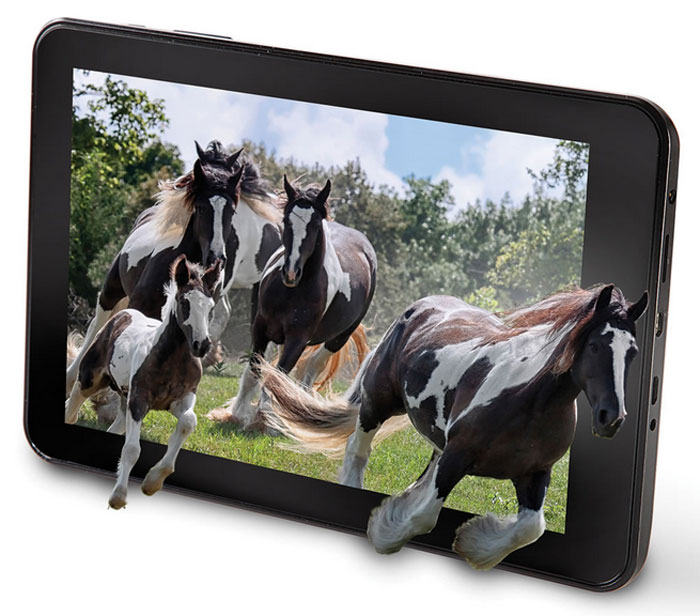 As the name implies, the big feature here is that the tablet can show 3D images without you having to wear glasses of any sort. The tablet is able to do that by showing different images to each eye. The screen of the tablet measures 8-inches and features a parallax barrier placed on top. The native resolution is 1280 x 800.

The tablet has 16GB of integrated storage and supports SDHC cards up to 32GB for storage expansion. The tablet is able to turn 2D content into 3D content on the fly. The internal battery is good for up to 7 hours of use per charge and the tablet has a 2MP rear camera and a 0.3MP front. The tablet will sell for $349.99 and won’t ship until December 30. That means if someone on your Christmas list wants a tablet, this one will ship too late.