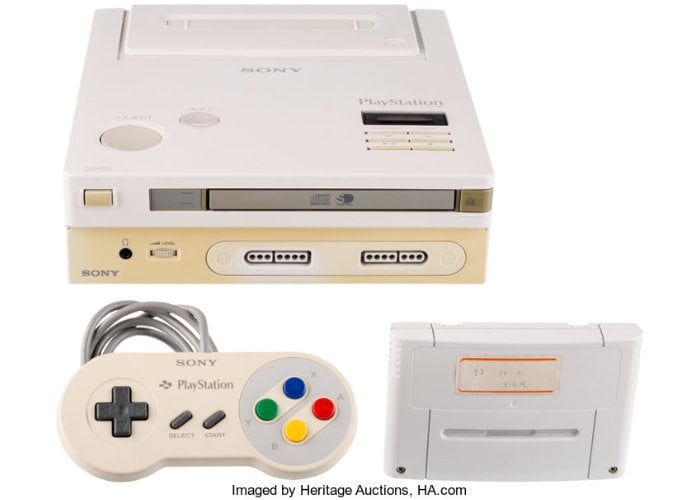 If you are interested in owning the original prototype of the Nintendo Play Station, a Super Nintendo with a CD-ROM drive attached, created via a partnership between Sony and Nintendo. You will be pleased to know that the unique games console will be up for auction very soon via Heritage Auctions. Kotaku explains more about the Heritage auction house holding the auction for the rare Nintendo Play Station.

“Reportedly, the other 199 prototypes were destroyed when the promising partnership soured and fragmented. This unit was at one time owned by the founder, first president, and chief executive officer of Sony Computer Entertainment, Inc., Olaf Olaffson. Olaf eventually made his way to become a member of the board of directors of Advanta Corporation, and became its president in 1998. A little over a year later, Olaf left Advanta to join Time Warner. Shortly thereafter, Olaf left and Advanta filed for bankruptcy. As their assets were organized to be liquidated, this Nintendo Play Station prototype that Olaf reportedly left behind was mixed into a mystery box lot that was auctioned by the company. Had this not have happened, who knows when the world would have learned of this prototype’s existence! Since then, the prototype has been on a tour across the world to various vintage / retro video game conventions. Convention go-ers have been able to play games and enjoy this unique piece of video game history. Now, this prototype console is fated to be a coveted centerpiece in one person’s collection.” 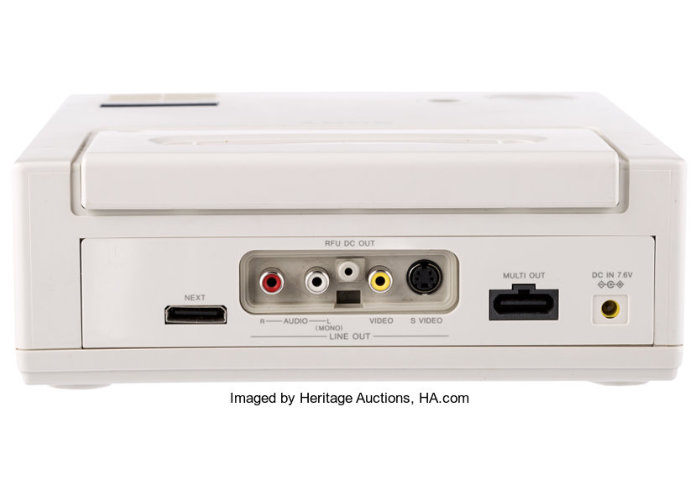 “The Nintendo Play Station, as it was supposed to be called, disappeared from the public until Terry Diebold unknowingly bought it off an auction in 2009. It sat dormant in their attic for half a decade until Diebold’s son discovered it and brought the console to light in 2015. Since then, the father and son team toured around the world to squeeze every bit of fame they could from the console. Unfortunately, they couldn’t squeeze out any profit from it at all.”

“I can’t keep losing money,” Diebold told Kotaku in an email. “I’ve put a lot of work into this by traveling with it and we have made nothing on it. Every trip that we… have taken with it has cost us money out of pocket.”

“Heritage, which bills itself as the “world’s largest collectibles auctioneer,” only started selling video games in January of this year. Since then, it has auctioned some games for record-obliterating prices. It’s sold sealed copies of The Legend of Zelda and Bubble Bobble for nearly $20,000 each. A sealed Donkey Kong 3 nearly hit $30,000. The biggest sale so far has been a copy of the original Mega Man that reached an eye-watering $75,000.”

The Nintendo Play Station auction will commence on February 27th 2019 for more information jump over to the Heritage Auction website.