Google Nexus 5 is not a secret anymore. We’ve the handset getting leaked extensively in pictures and was first spotted at the Android 4.4 KitKat event. The handset even made an appearance at the FCC, Bluetooth Sig, benchmarks and what not. Earlier, the purported Nexus 5 also posed for the camera showing us the design of the handset, which we’ve seen in some leaked images before. Now, it has been confirmed that Google Nexus 5 will support a nano-SIM card, thanks to the Ukrainian carrier Life : ). 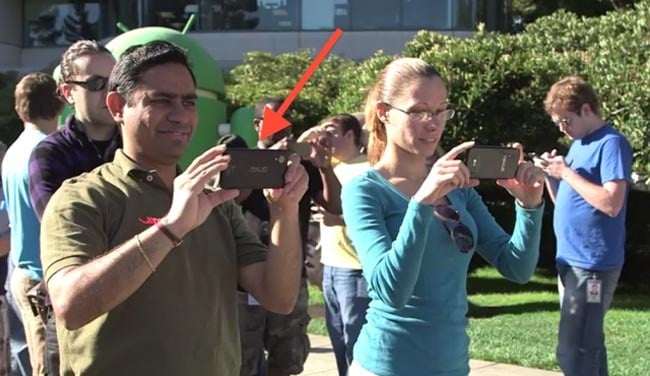 The Ukrainian disclaimer clearly mentions that the carrier will provide a nano-SIM card for your “iPhone 5S, iPhone 5C, Nexus 5 or smartphone with Android 4.4”. This confirms that the purported Nexus 5 will feature a nano-SIM card. Interestingly, it also mentions “smartphone with Android 4.4”, could this mean that it will be mandatory for Android 4.4 powered handsets to come with a nano-SIM? This may not be true, but it’s the only possible explanation if we believe the disclaimer page of the carrier.

Google Nexus 5 is expected to feature a 5-inch display and will be powered by Snapdragon 800 SoC and Android 4.4 with an expected launch date of October 30th. We’ll update you if any information comes up.