It looks like we have some possible details on the Google Nexus 5 release date, the handset will apparently be made official on the 14th of October and will launch on the 31st of October.

It would appear that we also have some more photos  and a video of the new Google Nexus 5, which you can see below, the handset is expected to be the first device to launch with Android 4.4. KitKat. 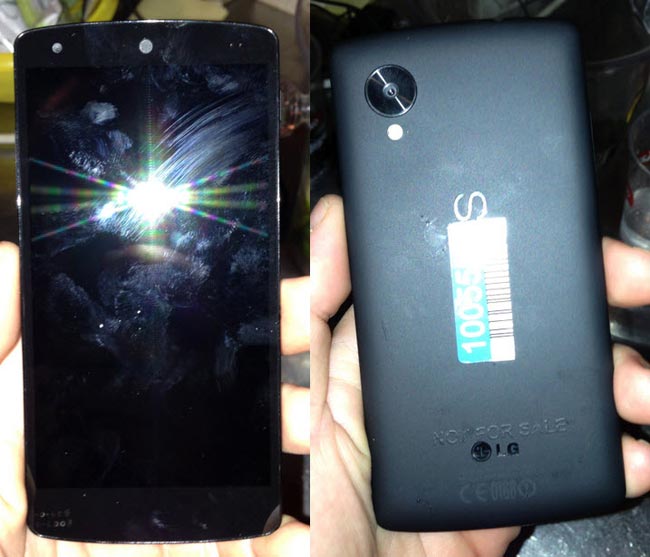 The Google Nexus 5 is expected to feature a full HD 5 inch display with a resolution of 1920 x 1080 pixels, the device will apparently be powered by a quad core Qualcomm Snapdragon 800 processor.