We first saw a photo of the new Google Nexus 5 when Google Announced Android 4.4 Kit Kat, we recently saw some specifications on the device leak via the FCC.

Now it looks like the have some photos of the new Google Nexus 5 from the FCC, and the device looks to be the same that was leaked in the Android 4.4. Video. 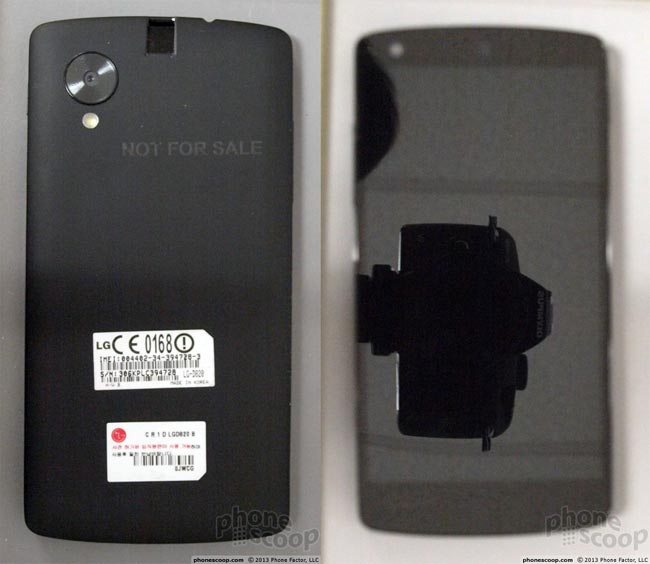 The Google Nexus 5 is expected to be the first handset to launch with Android 4.4 KitKat, and it will apparently come with a quad core Qualcomm Snapdragon 800 processor , wireless charging, dual band WiFi and Bluetooth 4.0

The handset is also expected to feature a 5 inch display, there are no details on the resolution as yet, although we suspect it will be a fulL HD display with a resolution of 1920 x 1080 pixels.