Google’s Android 4.4 KitKat unveiling video revealed more than just the next operating system. We managed to see the alleged LG Nexus 5 expected to see the daylight next month. A mysterious LG device was spotted at the FCC, which was later rumored to be the CDMA version of LG G2. Based on all the leaks, a reddit user created a render of the alleged LG Nexus 5 and compared it with the earlier Nexus phones.

The render looks quite similar to the device we spotted in the Android 4.4 video with a Nexus logo in the rear panel, and a back camera looks big and similar to the new Nexus 7. We don’t know about the confirmed specifications as Google hasn’t announced the device as of now. Based on the FCC filing and rumors; the device is expected to feature a 4.96-inch display, Snapdragon 800 chipset, 2,300 mAh battery, NFC, wireless charging, WiFi a/b/g/n/ac and Bluetooth 4.0. 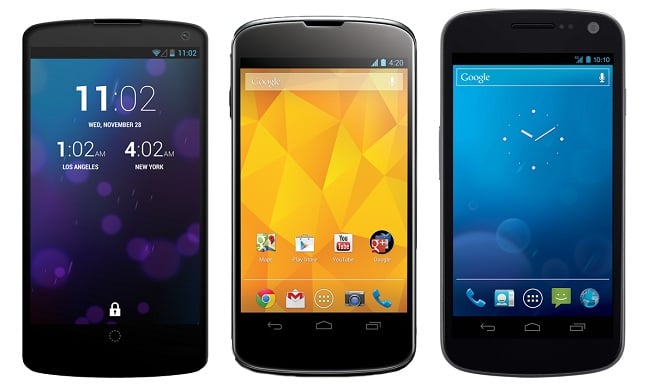 On the software side, the device is expected to run Android 4.4 KitKat. At the moment, we don’t know the exact launch date of Android 4.4 KitKat, but our guess is that it will launch with the next Nexus device. Google recently cut the price of the current Nexus 4 which might be a sign that Nexus 5 is in the pipeline and the company is trying to clear its Nexus 4 inventory.