I have always enjoyed playing the classic game of Monopoly, but the game has now changed considerably in design from the first board games, incorporating technology to enhance the gameplay. Now Hasbro has unveiled their next generation Monopoly board game which now includes debit cards that can be “scanned” using iOS devices. The new Hasbro Monopoly zAPPed version of the popular property game is expected to arrive in stores in the spring and be priced at around $25 or £16. 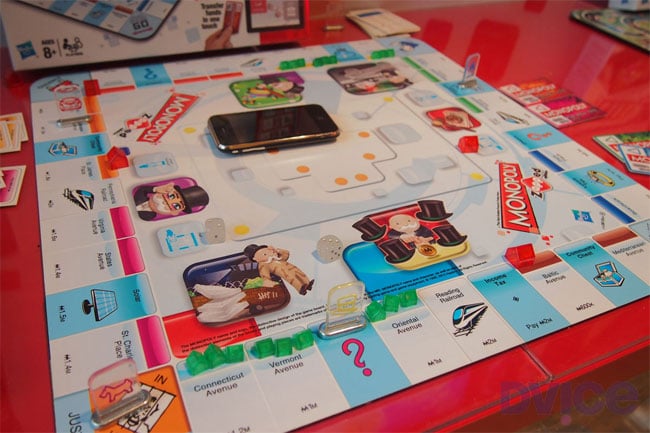 The mechanics of the original game are still intact but the design of the game but within Monopoly zAPPed players use an iOS device as a virtual bank. Maing the game much more technology based and fun and cutting down on the possibility to cheat by slipping paper notes under the board etc.. not that any players would try that of course.

As well as Monopoly the popular Game of Life has also been Zapped by Hasbro with iOS device applications technology, and will again be arriving in the spring for around the same prices as Monopoly.