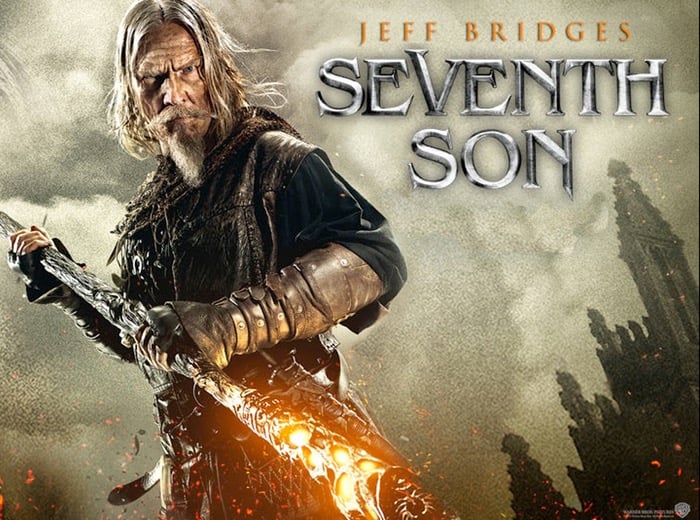 A new trailer for the upcoming movie Seventh Son has been released this week providing a further glimpse of what you can expect from the new film once it launches early next year on February 26th 2015.

The Seventh Son is a fantasy film based on the novel The Spook’s Apprentice and is directed by Sergei Bodrov and stars Ben Barnes, Jeff Bridges, and Julianne Moore.

The release date for the Seventh Son has been pushed back a number of times and was originally scheduled for release February 22nd, 2013, but moved back to October 18th, 2013, to complete post-production. It again moved from October 18th, 2013, to January 17th, 2014 but will now be available to watch in 3D and IMAX 3D on February 26th 2015. Check out the latest trailer below :

“In a time of enchantments when legends and magic collide, the sole remaining warrior of a mystical order (Oscar winner Jeff Bridges) travels to find a prophesized hero born with incredible powers, the last Seventh Son (Ben Barnes).

Torn from his quiet life as a farmhand, the unlikely young hero embarks on a daring adventure with his battle-hardened mentor to vanquish a dark queen (Julianne Moore) and the army of supernatural assassins she has dispatched against their kingdom.”