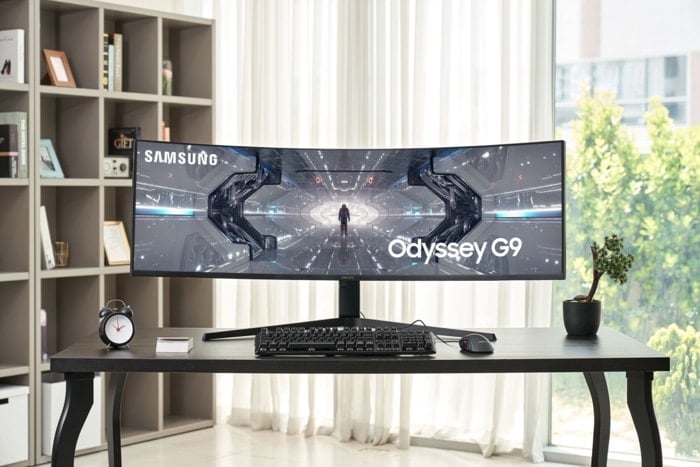 It looks like Samsung is getting ready to launch a new version of its Odyssey G9 gaming monitor, the Samsung Odyssey Neo G9.

Samsung has not revealed any details on what upgrades the new Odyssey Neo gaming monitor will get over the previous Odyssey G9 gaming monitor.

Samsung Electronics is set to unveil a ground-breaking new gaming monitor that will revolutionize the gaming experience – the Odyssey Neo G9. The newest addition to Samsung’s industry-leading gaming line-up has been built with cutting-edge technology to provide best-in-class, seamlessly smooth picture quality.

Samsung will launch the new Odyssey Neo G9 on July 29th. Check out the video below to spark your senses and enter a world where you can defy reality and conquer all.

The original Odyssey G9 monitor came with a 49 inch curved display with a dual QHD resolution of 5120 x 1440 pixels and a 32:9 aspect ratio, the display also had a 240Hz refresh rate and a rapid 1ms response time.

As soon as we get some more details on what updates and new features Samsung will be releasing with its new Odyssey G9 monitor, we will let you guys know. We will have full information when it is unveiled on the 29th of July.