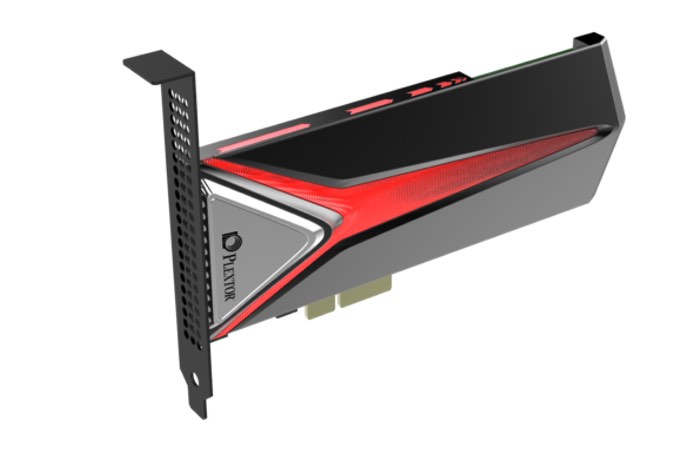 Plextor has unveiled a new addition to their range of solid-state drives with the unveiling of the Plextor M8Pe SSD which will be the successor to the Plextor’s M6e SSD and will be officially unveiled during CES 2016 later this week.

The new M8Pe SSD features a 4x PCIe 3.0 connection and NVMe protocol, which Plextor promises will provide users with 4 kilobyte random reads up to 270,000 Input/Output operations per second and 4KB write up to 150,000 IOPS.

The increasingly popular M.2 form factor allows for better airflow and cooling, as well as a performance bump, though Plextor isn’t spilling the beans on expected read/write speeds just yet. Plextor says the drive—its first NVMe SSD—is perfect for gamers and others who need high performance from their SSDs.

The new drives also feature Plextor’s specialty features, such as PlexTurbo RAM caching, compression technology for maximizing storage capacity, and PlexVault, which allows you to hide private data from others on a shared computer.

Unfortunately no details on pricing all release dates have been announced as yet by Plextor, but you can expect more details to be made available later this week during the official unveiling that will take place at this years CES 2016 technology event in Las Vegas. CES 2016 starts on January 6th.