So they can better infiltrate human communities when the war begins. Kidding! This is actually an exciting improvement on robosthetics, a term coined for the sake of combining robot with ‘aesthetics.’ You read it here first, boys and girls! The Mask-bot isn’t a robot, however, but a means to convey a human face unto a lifeless machine. The whole point is not to creep people out when they stare into the lifeless lens eyes of a robot. 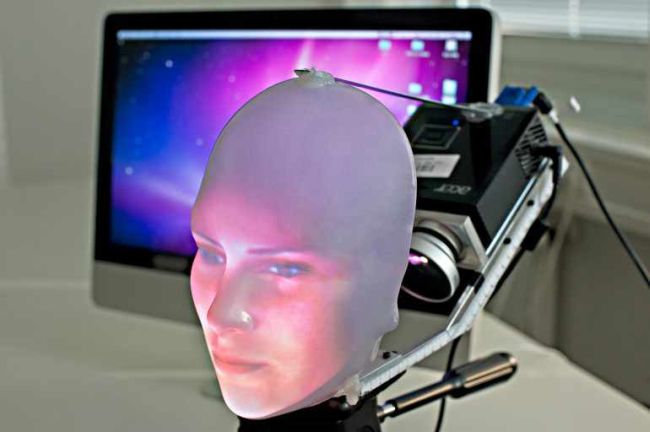 The German-Japanese collaboration involves a plastic form shaped like a human head. It becomes a mask when a projector creates the facial image of a human being. At the moment, the Mask-bot is capable of a few responses thanks to its limited programming. This means full speech is  along way off. In the meantime, it remains an experimental prototype that should inspire visions of sexy robots in the future.

The downside it’s unlikely that a Mask-bot will be installed on a humanoid machine any time soon. It could become an avatar for video conferences though. In the long run, when your household AI goes rogue, at least it’ll have a pretty face on. Not like HAL from 2001, a lifeless red eye that stares, stares, and stares.