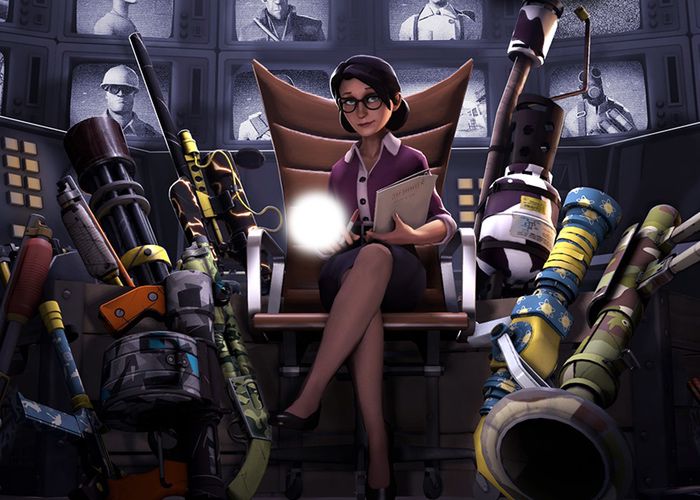 A new update to the Team Fortress 2 game will be rolling in the next day that brings with it a wealth of new features that Valve is copying for the popular CS:GO first-person shooter game.

Such as weapon skins and the ability to pickup enemy weapons from dead players to name just two. Valve has also introduced the Gun Mettle Campaign that allows players to be assigned two skill-based contracts each week.

The weapons players receive from completing contracts are one-of-a-kind as every weapon is finished with a uniquely placed paint job.

Campaign-exclusive weapons found in unlockable cases will also have a chance to contain Strange capability with a Stat Module, a rarer chance at being Unusual, and a highly rare chance to have both. New in-game animation will let you check out any Gun Mettle Campaign weapon you’ve got equipped, in-game, at the push of a button.

For full details of all the new features coming to TF2 jump over to the official Team Fortress website.