A new redesigned Wii console has been unveiled, that will be shipping to UK stores in the next couple of months in preparation for the upcoming holiday season, according to the The Official Nintendo Magazine website.

As you can see from the new packaging photo below the new Wii has been designed to lay flat on a surface rather than stand upright. The new design may be in preparation for the release of new Wii U console which also sits flat on surfaces. Bringing the two consoles designs inline with each other. 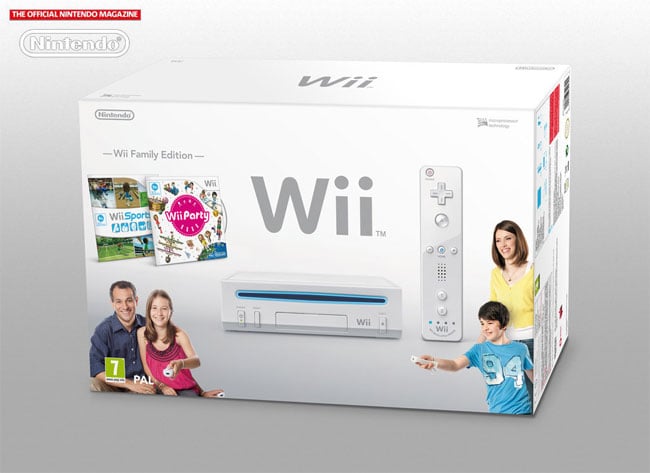 The new Wii will be arriving in the UK in time for the holiday season, but no information has been released on worldwide availability as yet. Or whether the new design will be a different price to the existing upright model currently in stores.

The packaging reveals the new design Wii system will come with Wii Remote Plus, a Nunchuk and, copies of Wii Sports and Wii Party. As always when more information come to light we will keep you updated.