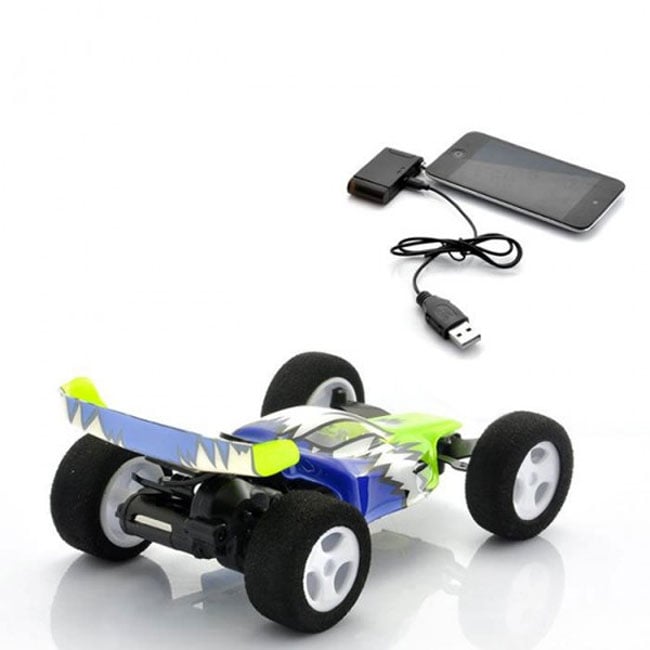 The toy is called the iPhone Controlled Stunt Car Racer and uses the same app for control that the company’s helicopter uses. The app controls the car forward and backwards as well as left and right with a 20-foot range.