The guys over at Patently Apple have managed to spot some new Apple patents, and it looks like the relate to a future version of the Apple iPad.

As you can see from the patent drawings, the iPad featured in them features two separate pock ports, there is a new one added to the side, so that the iPad can be docked in landscape mode. 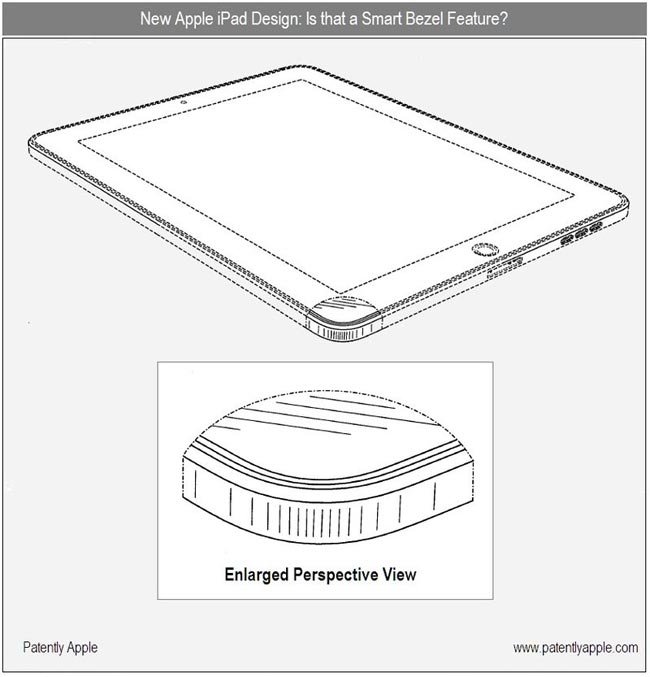 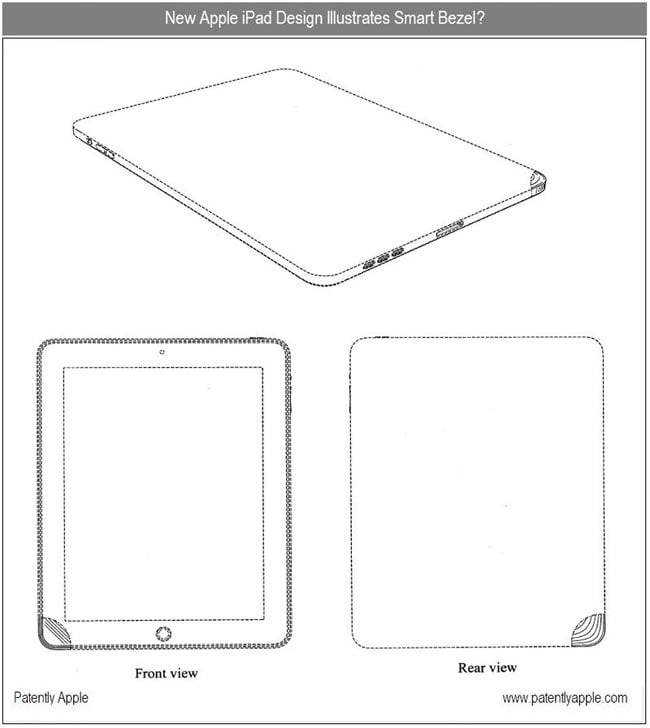 What is also interesting is something called a Smart Bezel, and it looks like it may be something used for input gestures, maybe this ties in with the new touch patents that we saw there other day.

We have no idea if the next generation iPad will have these features, or if they could come in a future model at a later date, it certainly does look very interesting.