The guys over at Slashgear have spotted a new Apple patent for touch sensors to be used in touchscreens and also reactive casings which make use of capacitive sensing, resistive sensing, and surface acoustic wave sensing and other technologies.

This would allow physical buttons to be reduced and context specific controls added, as an example an iPad style tablet which is held with one hand could activate sensors on the other side, which would then be used to perform a variety of operations. 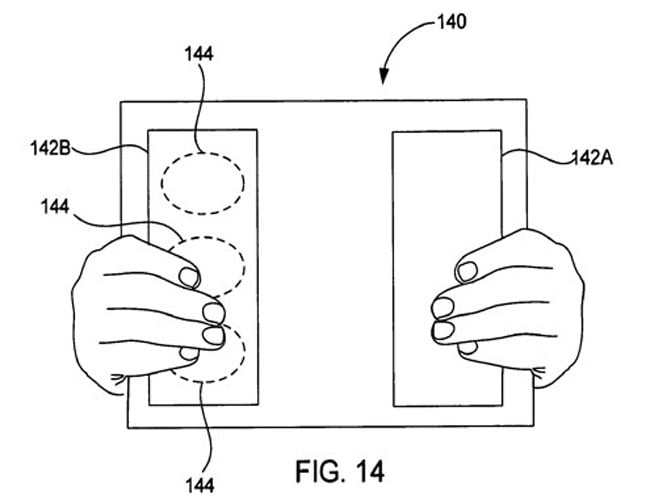 The patents would also cover smaller devices like the iPhone, which could feature touch sensitive controls on the back of the device that could be used for a number of operations.

Head on over to Slashgear for lots more images of the patent, and more information.

Have a look at our iPad review to see what we thought of the Apple iPad.