This week IKEA has released more details about the specifications for its new IKEA Uppleva TV system, which was unveiled back in the middle of April. The new IKEA integrated systems will be priced at around $960 for the basic version, and will be arriving in 5 European cities, Italy, France, Germany, Poland and Sweden IKEA stores next month. 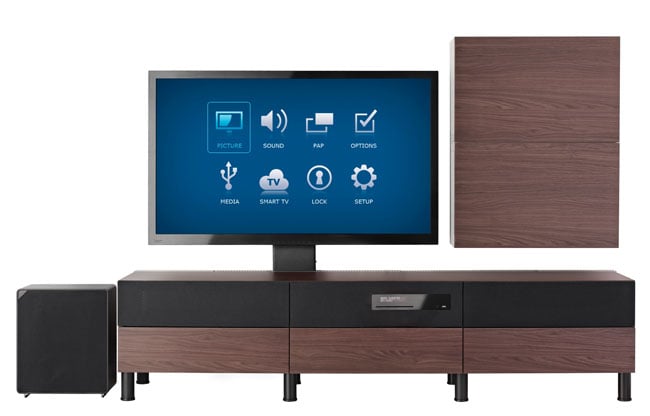 The IKEA Uppleva TV range will include a variety of screen sizes from 24″ up to 46″ and feature an integrated Blu-ray player, together with a wireless subwoofer, with around 20 apps per country, and will be built by TLC in China.

Some of the services that will be available via apps on the new TVs will include: YouTube,  Vimeo, Dailymotion, QTom, TuneIn radio, music playback, games, VOD and catch-up video playback. The IKEA Uppleva TV range will be arriving in additional stores throughout Europe in the Autumn and will be arriving in the U.S. sometime during 2013.