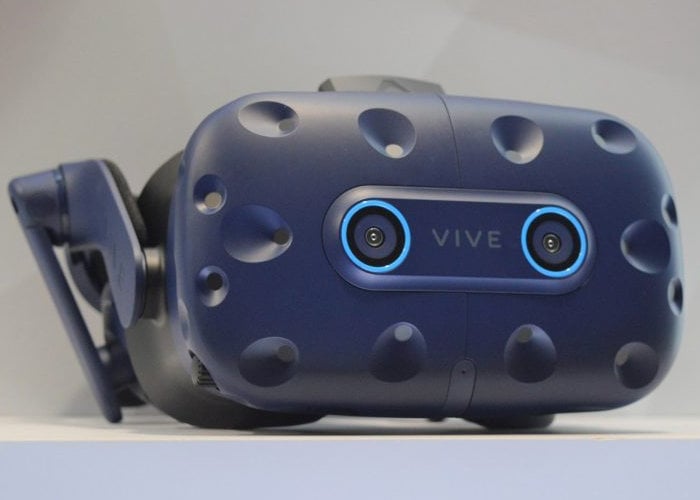 At CES 2019 this week currently underway in Las Vegas and running until January 11th, 2019. HTC has unveiled a new virtual reality headset equipped with native eye tracking and foveated rendering in the form of the HTC Vive Pro Eye. Sporting a similar design to the already available HTC Vive Pro handset designed for professional VR applications and priced at $799. The latest addition to the HTC VR headset range now attracts your eye movements and renders imagery to where you’re actually looking as opposed to the standard VR headsets would render graphics.

HTC will not only be tracking your eye movements but will also be collecting the information of what you’re looking at data and analytics. But may cause privacy concerns for some. Soon as more information is released about exactly what will be collected will keep you updated as always.

“Vive Pro, built to meet the needs of the professional VR user, just got even better with integrated eye tracking on the new Vive Pro Eye—giving users new levels of accessibility, including gaze-oriented menu navigation and removing the need for controllers. With the inclusion of eye tracking, the new Vive Pro Eye will allow businesses and developers to gather more data about their training environments, help optimize computer and VR performance, and offer product design and research groups unprecedented levels of feedback.”

HTC has also introduced the new Vive Cosmos premium PC virtual reality headset and system equipped with the new Vive tracking system and Real RGB displays. “Prepare yourself for striking graphics, lifelike sound, and immersive experience. Bring it home or to the office. Play it at a friend’s. All made possible with the all new VIVE tracking system.”

Unfortunately, no information on pricing or worldwide availability has been released as yet by HTC for the new Vive Pro Eye VR headset, but as soon as information comes to light, we will keep you updated as always.