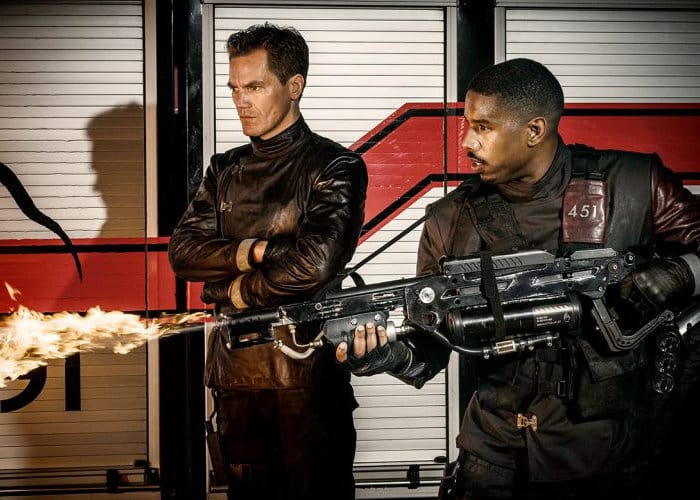 To wet your appetite for the premier during May 2018 of the new HBO Fahrenheit 451 TV film, starring Michael B. Jordan, Michael Shannon, Sofia Boutella, Lilly Singh, Laura Harrier, Martin Donovan, Andy McQueen, Dylan Taylor, Grace Lynn Kung, Keir Dullea and others. HBO have today released another teaser trailer providing a further glimpse at what you can expect from the storyline of the dystopian television film written and directed by Ramin Bahrani, and based on the book of the same name by Ray Bradbury.

When protagonist and firefighter Guy Montag played by Michael B. Jordan, meets a free-thinking neighbour, Clarisse McClellan, he begins to question the lifestyle he has chosen and its meaning. Check out the latest teaser trailer released by HBO for a quick glimpse at what you can expect from the new movie and its storyline.

“In a future where the media is an opiate, history is rewritten and “firemen” burn books, Jordan plays Guy Montag, a young fireman who struggles with his role as law enforcer and with his “mentor”, played by Shannon. Premieres Spring 2018 on HBO.”

As more trailers are released in the run-up to the premiere of the new TV film Fahrenheit 451, we will keep you up-to-date on all the news from HBO.