Humans need water to survive but inevitably, waste water is always produced. It would be nice to find a way to solve the waste water problem and recycle water. 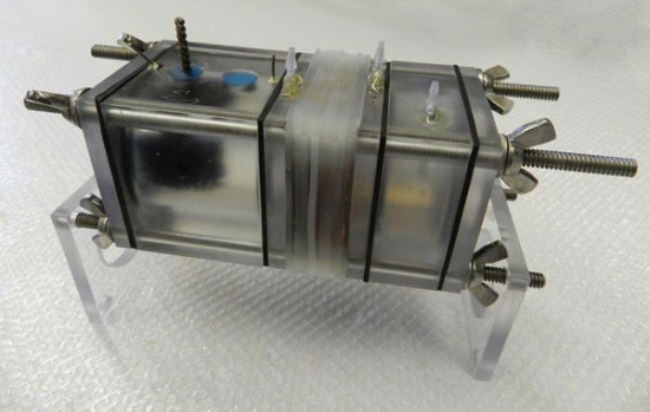 It was a good thing that researchers from the Pennsylvania State University invented an astounding machine that can not only clean waste water, but also produce enough energy to keep itself running. The machine is a hybrid comprising of microbial fuel cells and reverse electrodialysis.

The microbial fuel cells uses two chambers separated by a semi-permiable layer. One side of the fuel cell contains the waste water and a microbe-covered electrode.

The IEEE spectrum explains the science behind this machine:

Imagine dividing a channel into three parts by separating one side using the negative-ion membrane and the other side with the positive-ion membrane. If you flow saltwater through the center channel and freshwater through the two side channels, osmotic pressure will drive the ions across their respective membranes. One side channel becomes negative and the other positive—essentially creating a battery.”

Penn State uses ammonium bicarbonate salt in lieu of saltwater. This can be easily separated from water by heat then recycled in a hybrid fuel cell.

Pure electrodialysis batteries need a 20 membranes or more, and microbial cells produce little power. This hybrid device requires only five membranes and this resulted in a 7-fold increase in power. With this machine, the future of cleaning waste water will be self sustaining, affordable, and a thing to look forward to.