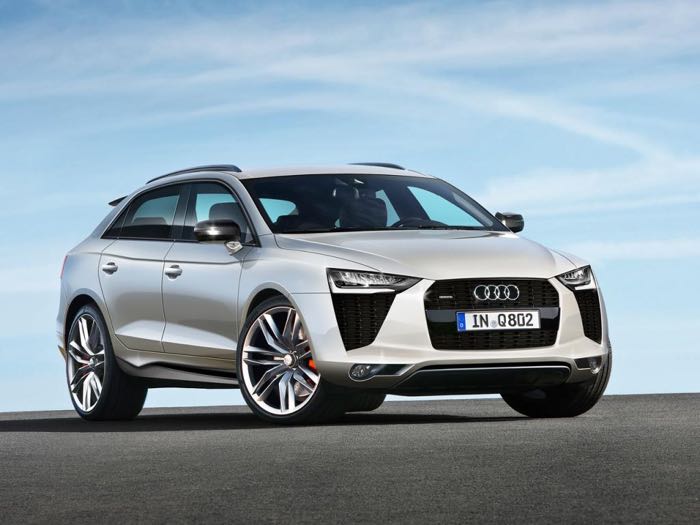 Audi recently unveiled their new Audi Prologue concept, the company also confirmed they are considering a new Audi Quattro, and now we have some details on another new car, the new Audi Q8.

The Q8 will aim to take on the likes of the Range Rover Sport, Mercedes MLC and the BMW X6, and Audi will be basing this new high end SUV on their next generation Audi Q7.

Auto Car spoke to Audi technical chief Ulrich Hackenberg at the LA Auto Show, and he had the following to say about the new Audi Q8 SUV.

“The Q8 will come,” said Hackenberg. “It will be something new, following designs established on the Prologue concept [revealed at the LA show]. It will be positioned as something more emotional and more sporty than the Q7. The Q7 will be a car for seven people, the Q8 will be more coupe like.”

As yet there are no details on when the new Audi Q8 will launch, as soon as we get some more details, and also some photos of this new SUV, we will let you guys know.