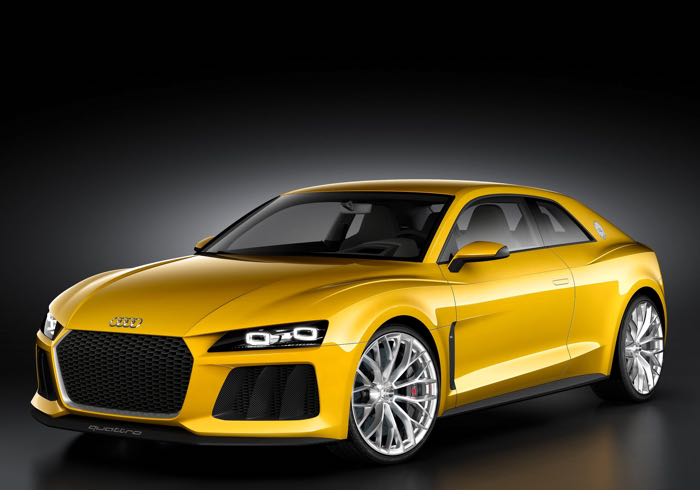 Audi has shown off a couple of concept cars of the new Audi Quattro over the last few years, and according to a recent report, the company is considering launching a new Audi Quattro.

The news comes from Audi’s design director Marc Lichte, who recently spoke to Auto Car about the new Audi Quattro, the company unveiled the concept you see above back in 2013.

“We are working on Quattro, it is still alive,”

“The two concepts we did had base potential but we can do something more extreme,” he said. “We have restarted this project and made them more extreme. It’s still a secret though… There will be surprises.”

He also said that Audi are working on a new electric vehicle, although the company has something different planned that the current EVs on the market.

“Tesla did an amazing job, but it looks like a conventional car,” he said. “What will it be like compared to the i3 and i8? It will be different.”

As soon as we get some more details on exactly what the company has planned for their Audi Quattro and also their new electric vehicle, we will let you guys know.