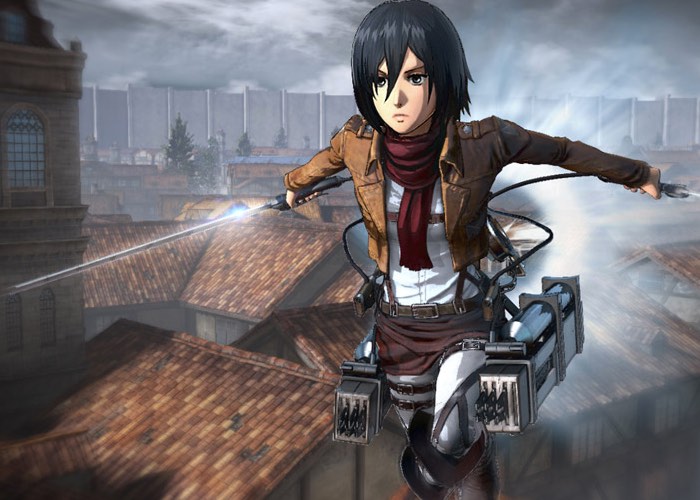 The new Attack on Titan game is set to launch in Japan next month on February 18 and will be available to play across Sony’s range of consoles including their latest next-generation PlayStation 4, as well as the older PlayStation 3 and handheld PS Vita.

To whet gamers appetites ahead of the launch in Japan the games developers Koei Tecmo have released a new four minute gameplay trailer which provides a further look at what you can expect from the storyline and action within the game.

Just to warn you the new trailer reveals gameplay from each of the playable characters including a certain spoiler, so if you would like to stay fresh for the launch of the game please click away now. The trailer also provides a look at a number of different locations as well as including a variety of story-based cut scenes.

Unfortunately Attack on Titan developers haven’t announced a release date for worldwide launch, but you can expect it to be made sometime in the coming months. As soon as this happens we will keep you updated as always.