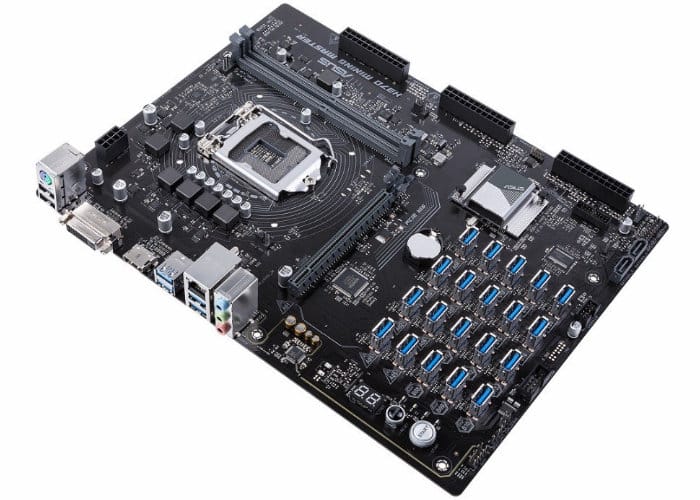 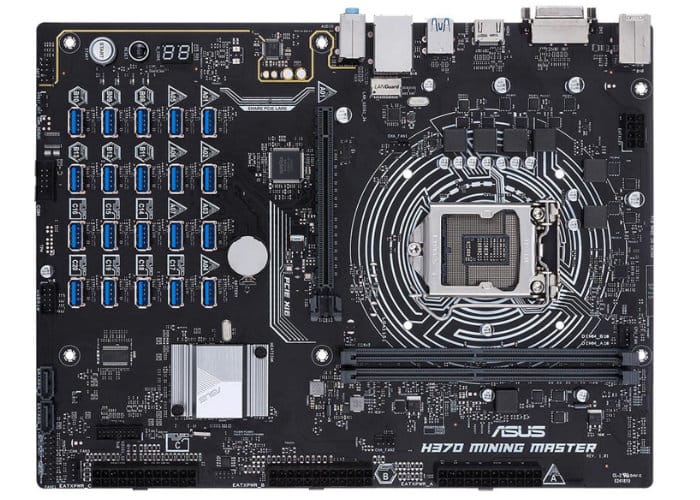 The new H370 Cryptocurrency Mining Master Motherboard simplifies connectivity by letting USB riser cables plug directly into the PCB, and reduces downtime by making problems easier to diagnose. “Mining is a numbers game; it’s only worthwhile if the value of the cryptocurrency you generate exceeds the cost of producing it. Increasing the number of graphics cards per node is a great way to stack the deck in your favor. Typical mining setups feature a common PCIe riser design with each graphics card being connected via a PCIe x1 link routed over a USB 3.1 Gen 1 interface with a SATA power cable. The risers responsible are typically made up of three pieces: the x16 slot that hosts the graphics card, the x1 card that plugs into the motherboard, and the USB cable that connects them. “

Specifications for the H370 Mining Master Motherboard include

ASUS H370 Mining Master Motherboard will be available to purchase throughout the US during starting in Q3 2018. For additional information, product images and specifics on the H370 Mining Master motherboard jump over to the official ASUS website by following the link below.