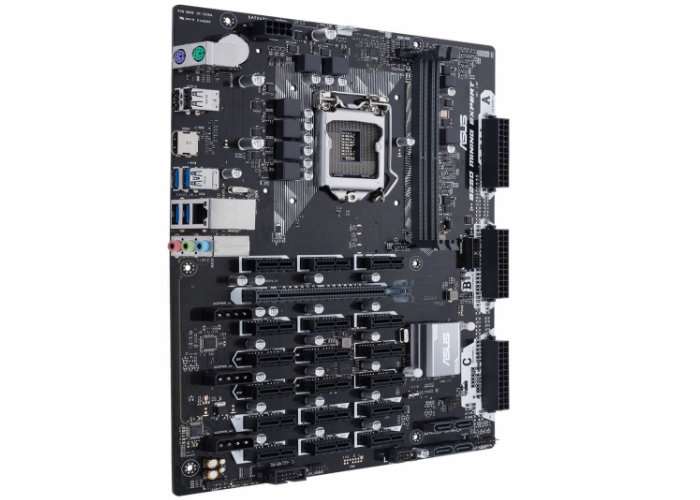 Anyone mining crypto currencies may be interested in a new motherboard announced by ASUS today which has been specifically created to create affordable mining systems.

At the current time miners will be able to only utilise 16 GPUs at once due to a driver limitations and these 16 will need to be split between AMD and NVIDIA. Although AMD is currently working on a new driver that will be released later this year to support a full 19 GPU load.

ASUS B250 Mining Expert is based on the B250 chipset with its LGA1151 socket supporting Intel 6th and 7th generation processors.  Memory capacity is up to 32GB DDR4 in dual-channel mode supporting speeds up to 2400 MHz. Storage needs are handled by the four SATA3 ports while there is a total of six USB3.1 and 4 USB 2.0 ports. The rear panel I/O is pretty anemic as one would expect out of a mining board, but has the basics with two PS/2 ports, two USB 2.0 ports, four USB 3.0 ports, HDMI, Intel-based LAN (I219V Gigabit), and 8 channel audio jacks driven by a Realtek ALC887 codec. The CPU gets its power through a 6 phase DIGI+ VRM.