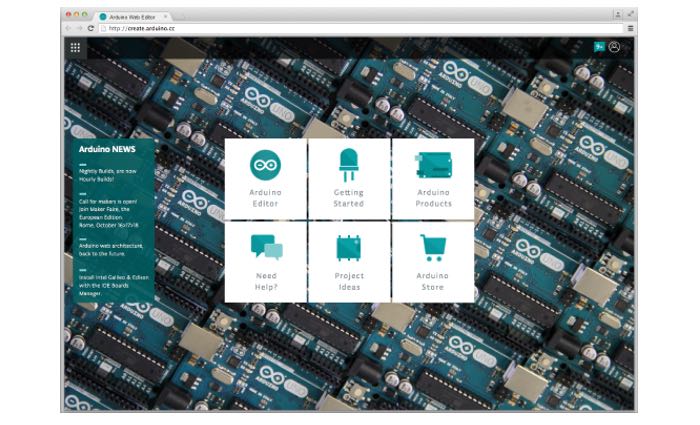 Makers, hobbyists and developers that enjoy building electronic projects and using the Arduino platform, will be pleased to know that its developers have this week released more details about the new Arduino web-based Arduino Create application that is currently under development.

The Arduino Create app provides an Internet based way of accessing the Arduino IDE and the new service has recently moved from nightly builds to hourly builds.

The aim of Arduino Create is to simplify project building process as a whole, without having to switch between many different tools to be able to manage the different areas of your projects. Arduino explains :

“In the past year we have been incredibly busy designing a new Arduino web-based tool, Arduino Create. It’s an important step in the Arduino ecosystem that (we hope) is going to change the way you interact with your projects and the community.

First of all you will be able to write code and upload sketches to any Arduino board directly from the browser with the Arduino Web Editor (IDE), without having to install anything. Your Sketchbook will be stored on the Arduino Cloud and will be accessible from any device. The Getting Started app will allow you to easily configure and setup tools and boards available around you. Services provided by partners such as Temboo will be just one click away and better integrated with your workflow.”