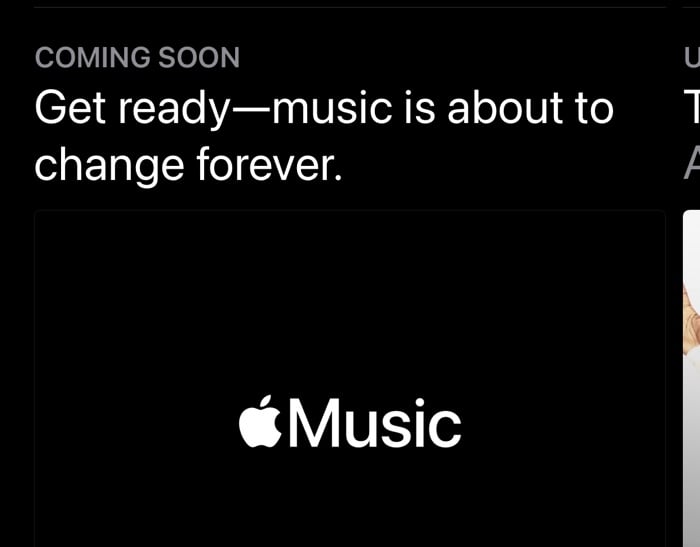 We heard earlier that evidence of the new Apple Music HiFi or high end version of Apple Music was confirmed by the beta of the Android app and now Apple has started testing the new feature on their iPhone app.

The photo above was taken from the Apple Music app on my iPhone, as you can see Apple’s is advertising a new feature for their music streaming service.

The advert has the tag line ‘Get ready-Music is about to change forever.’, Apple are expected to launch this new high end version of Apple Music tomorrow along with their new AirPods.

As yet there are no details on how much extra Apple will charge for their Apple Music HiFi, it is expected to cost more than the standard version. We will have more information when it is made official tomorrow.