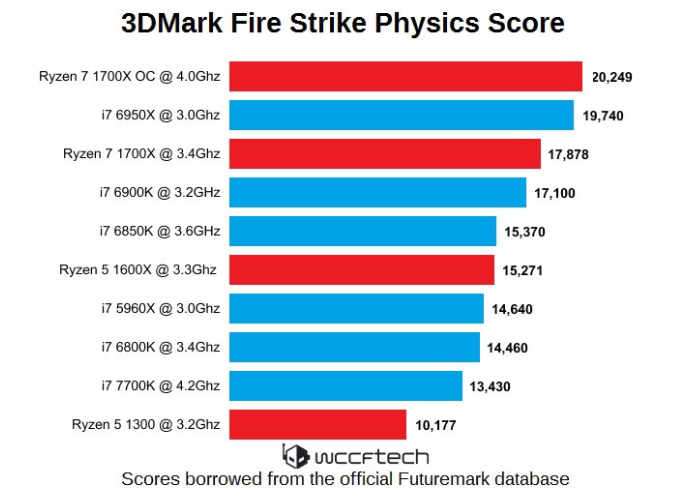 Ahead of the official launch of the new AMD Ryzen processors which are expected to be launched later this month on February 28th at the AMD 2017 Capsaicin and Cream launch event.

New AMD Ryzen benchmarks have been leaked by a couple of sites for the upcoming and highly anticipated 1700X, 1600X And 1300 processors providing an insight into the AMD 8-core, 16-thread processors as well as the 6-core, 12-thread CPUs and more affordable 4-core offerings.

Doing some fast and hard maths, this would mean that if the R7 1700X was to be clocked at the same speed as the 6900K, it would still be faster, clock for clock (though not by much, admittedly). We don’t know whether Turbo was disabled or not on these tests, for either AMD’s or Intel’s processor, so we have to consider that. However, if Turbo were enabled, that would mean that the R7 1700X’s clockspeed would only be 100 MHz higher than the 6900K’s (3.8 GHz max, vs 3.7 GHz max on the Intel CPU).