Amazons new e-reader Kindle advert has been designed to target iPad owners by reminding them how easy it is to reader the screen when in sunlight. Check out the video after the jump. 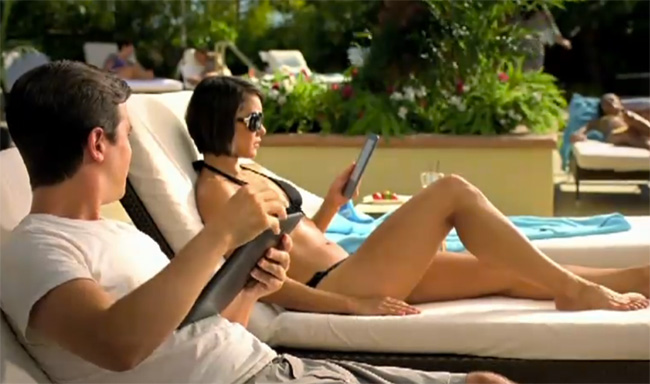 The $139 Kindle blows a sucker punch to the iPad $499 in the new advert that is currently being shown on US television.

Viewers have noted how similar in style the Kindle advert is to Apple adverts, even down to the use of a folksy, female vocalist on the advert’s soundtrack.

Jeff Bezos, Amazon’s founder and chief executive, said earlier this summer that there were going to be “a bunch of tablet-like devices”, but that the Kindle was a “different product category” aimed squarely at people who enjoyed reading.

Even though there’s no real comparison between the two devices, Amazon is squarely trying to attract a few iPad owners that maybe suffering next to the pool.