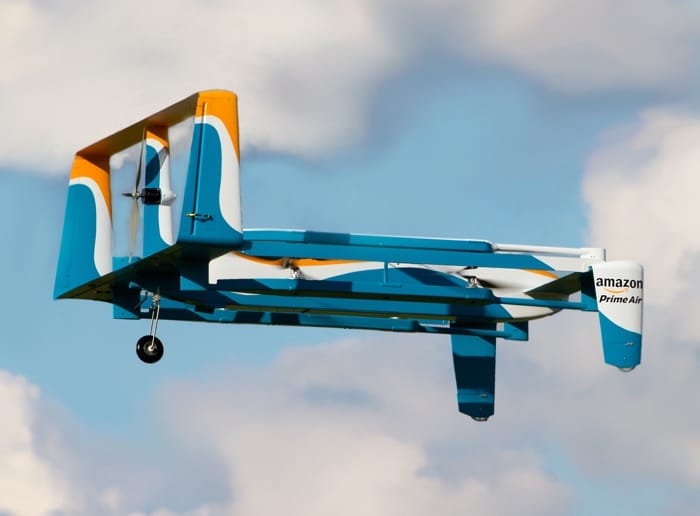 Amazon has filed a patent for a new type of Amazon Drone, this new drone is capable of self destructing in an emergency. The reason for this new drone is in case something goes wrong with the drone during a flight.

A drone crashing to the ground, or into a building or on someone could do some damage, Amazon has apparently come up with a solution to this, it new self destructing Amazon drone.

This new drone would apparently be capable of taking itself apart in mid air, Amazon has now been granted a patent for ‘direct fragmentation for unmanned airborne vehicles’. The drone will feature a ‘fragmentation controller built in, if there is a problem with the drone this controller takes over.

The fragmentation controller can study the drones flight path and where it is likely to land, this is apparently done very quickly and then it works out a ‘fragmentation sequence’. This is basically a way for the drone to take itself apart slowly in mod air.

The small parts of the drone would then drop to the ground in different places and we presume would cause a lot less damage than the full drone falling out of the sky. This sounds like a clever solution to the problem when a drone goes wrong.